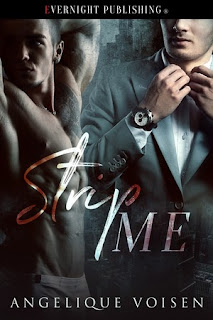 How can the normal guy and the sexy male stripper make it work?

Dirk Thompson thought he found his one and only…then his husband cheated on him. Heartsick, lonely, and full of anger, Dirk can’t find the courage to move on until he meets Ken.

It’s not like Dirk to take a wild ride with a stranger, but Ken strips him bare and turns his world upside down.

*This is a previously published work. It has been revised and edited for Evernight Publishing. 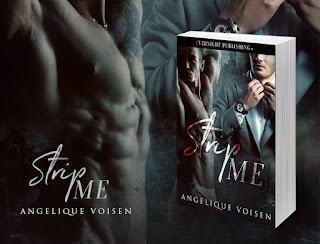 “I said I’ll help you forget your pain.” Ken waited, testing Dirk’s reaction. He didn’t think surviving Dirk’s potential rejection was possible, though, not after all he’d done to lure him here.

With his teeth, Ken caught Dirk’s bottom lip, nipping at it. His breaths hitched when Dirk settled one arm around his waist. Dirk’s other hand cupped Ken’s ass, pinching one cheek through the thin fabric of his briefs.

“No reason. Can’t we just be two strangers who happened to meet and fall in love?”

Dirk’s harsh laugh jarred Ken’s insides. “Love? Give me a break. The world doesn’t work like that.”

Grabbing Dirk’s left hand, Ken traced the line of discolored skin where Dirk’s wedding band had once sat. Somewhere between the park and the club, the man had slipped off that infernal ring, likely placing it in one of his pockets. The fact that Dirk hadn’t tossed the band off the bridge, though, had told Ken enough. Dirk hadn’t moved on from his bastard of a husband. But Ken had meant every word he’d told Dirk earlier—if Dirk would eventually be his to keep, the thought of sleeping with other men would never occur to him.

Releasing Dirk’s hand, Ken pressed his head against the man’s chest, closing his eyes. Dirk’s chest rose and fell against him, his heart beating as fast as Ken’s, uncertain yet excited about the unknown.

“Sorry,” Dirk murmured. He shifted his hand from Ken’s ass to stroke the length of his spine, his touch possessive, yet unexpectedly gentle.

“You apologize too much,” Ken stated.

To shut Dirk up, he kissed him. Unsurprised, Dirk clasped the back of his neck, and Ken melted against the man’s heat, yielding to the demanding press of his mouth. Stop talking, start fucking. Ken had always said those words to his hook-ups, but Dirk wasn’t a mere distraction.