I'm happy to have Author Gale Stanley on my blog today. 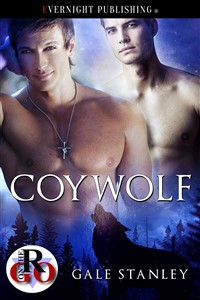 In a world where reproduction is the number one priority, a gay wolf shifter could never be an alpha. So Logan hides his secret from the pack and resigns himself to a life without love.

Then one night, he finds his true mate and he’s forced to make a choice. 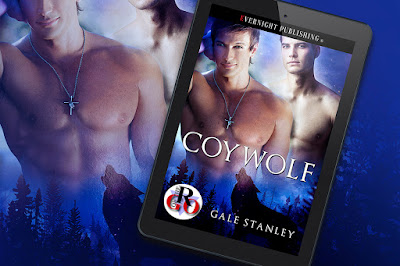 Logan set Rory on the wood floor. It would do, he’d slept on worse. Logan opened a cedar chest and took out a thick quilt. He laid it on the floor under a window. “It’s late. You can sleep here.” Logan pointed to the coverlet.” If you decide to shift, you can share my bed. It’s big enough for two.”

No thanks. But Rory couldn’t deny that he was tempted as he watched Logan undress. The man was sex on a stick with his strong jaw, straight nose, and dark intense eyes. Why were alphas always so damn good-looking? And straight as an arrow? Probably so they would attract the best bitches in the pack. Rory sighed. Logan looked even better with his clothes off. He had sexy chest hair and a dark curly bush that Rory wanted to bury his nose in. He imagined himself licking that half-hard dick to erectness. Down boy! He was tempted to shift, but good sense won out. If he didn’t stay in his fur, he would really be fucked.

Logan flopped onto the bed and lay flat on his back. He tugged on his cock until it stood straight up like a flagpole. Rory’s penis came out of its sheath and he whimpered. Thankfully, Logan was too busy jacking off to notice.

The Alpha bent his muscular legs and continued stroking his thick cock. The head flushed purple and pre-cum leaked from the slit. The musky scent drove Rory crazy. Slithering on his belly like a snake, Rory inched toward Logan’s dirty clothes on the floor. Rolling on them as best he could, he took comfort in Logan’s scent. But his gaze remained fixed on the man.

Logan stilled for a few minutes, and then glanced around the room. His eyes lit on Rory humping his jeans. Caught, Rory froze. A sly smile seemed to dance on Logan’s lips. His voice was low and sexy. “Pleasant dreams, boy.” Then he rolled over and promptly fell asleep.

Rory’s canine libido was in overdrive. A little more rubbing action on the denim and he shot his load. Then he settled down on the jeans, and in a few minutes his eyelids grew heavy, and he felt himself drifting off to sleep, too. 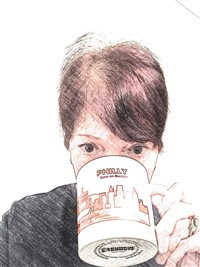 Gale Stanley grew up in Philadelphia PA. She was the kid who always had her nose in a book, her head in the clouds, and her hands on a pad and pencil.
Some things never change.