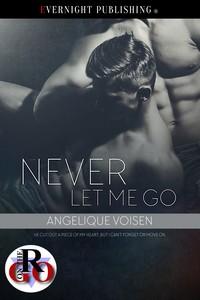 Blurb:
They say there’s a fine line between love and hate. I hate Rob for the distance he placed between us. He cut out a piece of my heart, but I can’t forget or move on.

Now Rob tells me he needs me. The sensible thing is to walk away, but I want Rob too much. I love him more than I should. The world says it’s wrong because his mom married my dad. But the rest of the world can burn for all I care. 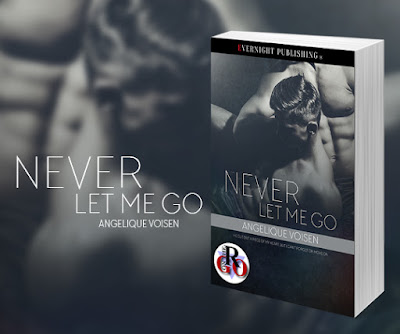 Excerpt:
“I’m sorry. I know my apology means jack-shit, but I mean it all the same. This is hard for me, too.”

With reluctance, he pulled his hand away. He let out a gasp when Neil closed his hand over his wrist. Narrowing his eyes, Neil watched him. Pulse racing, leaping at Neil’s touch, Rob tried to tug his hand away, but Neil refused to let him go.

“No you don’t. You’ve always been an inconsiderate bastard so don’t fucking tell me how it’s hard for you.”

Neil wrenched his grip away. Rob’s heart thudded. Once Neil turned his back on him, Rob knew he’d lose his step-brother, the only man who understood him, his soul mate. A better man would let Neil go and not say a word or do anything but wish Neil luck in the life he deserved.

Rob didn’t want to be the better man. Finally free of his mother’s judgment and influence, he wanted to grasp what Neil and he never had. God knew Rob dreamt of it often, how it would be, once it was only the two of them. Impulse made him grab Neil’s shoulder.

Pleading did the trick. Neil whirled, leveling hard eyes at him.

Neil didn’t know it yet, but Rob had him. Always did.

“You said you needed me. I came. End of story.”

“I’m hurt? Fuck you, Rob. Not a word from you for ten years and now you’re asking me not to leave?”

“Demanding you not to leave,” Rob corrected.

Neil snarled softly under his breath. Rob took that opportunity to catch the end of Neil’s tie and tug him close for a kiss. Despite the rain, Rob forgot all about the cold once Neil’s body touched his.

Neil’s resistance didn’t last long. He clasped the back of Rob’s neck, locking their lips together in a fervent and passionate kiss. Rob rubbed his body against Neil’s, enjoying Neil’s hands roaming possessively all over him.

Stupid clothes got in the way. They had to go.

Taking over, Neil sucked and bit, thrusting heat into Rob’s mouth. It took Rob all the way back to the first time they’d kissed. In the cover of night, Rob had stolen down to Neil’s bunk, snuggled in close, and told Neil to ward off the dark.

“How?” he remembered Neil asking.

God. Rob had always loved defiance, relished breaking all the rules, but only Neil understood his true self, that all his snark had been a front, an armor he used so he could face the rest of the world. He opened his mouth wider, letting Neil thrust his tongue down his throat. Rob felt his cock painfully straining against the zipper of his trousers. He didn’t need to look down to know Neil sported a hard-on.

Abruptly, Neil tore his mouth away. They both started to pant. One kiss and a single glance had been enough to tell his step-brother how much Rob missed him, needed him.
Labels: 2016, contemporary romance, evernight publishing, mm, new release, standalone
Newer Post Older Post