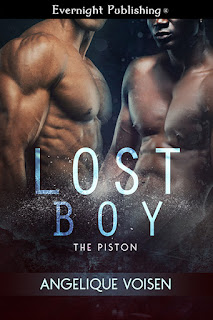 Blurb: Trust me. Two simple words. Easy to say, harder to give, and once lost, nearly impossible to reclaim.

Five years ago, submissive Jordan Lewis made the mistake of placing his unquestionable trust in his Dom, Gabriel Rhodes. Gabe only needed five minutes to uncollar Jordan and leave his heart in pieces. It took Jordan five years to retrieve those pieces, and one night to lose them again. Gabe’s back in town and he doesn’t just want to bring his lost boy home, he’s also asking for the one thing Jordan couldn’t give again.

Teaser
How this faceless man was capable of tweaking and pushing my body to its limits, knew it so intimately like a long lost lover, and reduced me to a stranger in my own skin, baffled the hell out of me. A tinge of discomfort and uncertainly shot through me like a bolt of electricity. The truth dangled in front of me, if only I was brave enough to reach out and confront it.
I wasn’t brave and I didn’t want this to end, but I felt reckless.
At that moment, I didn’t give a fuck.
He thumbed his way down my body and must have knelt, because he touched the new welts he’d inflicted, before blowing kisses on them. Trembles ran up and down my body at the unexpected tenderness. With each kiss, he left a burning imprint of his lips. He curled his fingers around my shaft, and I nearly lost it then.
“Shhh.”
I swallowed, ashamed I almost got off like some horny teenager. Something warm and wet flicked against my aching shaft. I froze.
His tongue. Holy shit. Was he giving me a blowjob? Was this a reward, or a test of endurance? The thought of reminding him to get a condom didn’t even cross my mind. I was clean anyway, and he didn’t seem concerned. With one hand, he applied pressure to my balls, while he licked the pre-cum off my tip.
“W-what are—”
Again he gave me the same admonition. “Shhh.”
Jesus. Could this stranger be for real? In all my years playing with Doms, none of them ever offered to get me off. To them, I was something desirable to play with, a canvas to leave their marks on, not this … whatever this Dom saw me.
My train of thoughts shattered the moment the velvet heat of his lips closed over my length. He took his time, covering every inch of me, putting me at a further lost for words. What he did was no longer his pleasure, but mine. I leaned the back of my head against the wood. I told myself to stop asking so many questions and enjoy, but the nagging truth remained at the back of my mind. I know those lips.
Once my tip hit the back of his throat, he pulled out with the same, slow and maddening grace. He didn’t allow my brain to reboot. He dove back in, applying suction as he took in more of my prick.
“I’m sorry. If you keep doing this, I can’t—”