My apologies for the delay, but I'm excited to reveal the cover for Tor's Dragon, book five in my Havoc's Crew series. Awesome cover art is done by the lovely Jay Aheer.

Tor's Dragon will be releasing 26th May 2015 from Evernight Publishing! 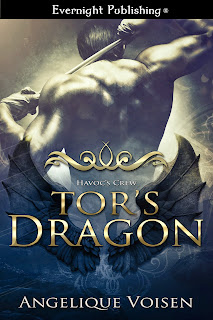 Blurb: Consequences...making the wrong move led to bad places. Tor should have learned that hard lesson by now, but he’s a slow learner. Questioning the dragon shifter who tried to kill his brother should have been easy. Torture is Tor’s specialty, but Tor finds himself eager to partake in some debauchery when he finds an eager submissive in Kelas.