Book Spotlight: The Death of You by Allyson Young

I'm happy to have fellow Evernight Author, Allyson Young on my blog today. Allyson is here today to share with us about her latest release, The Death of You. Welcome, Allyson! 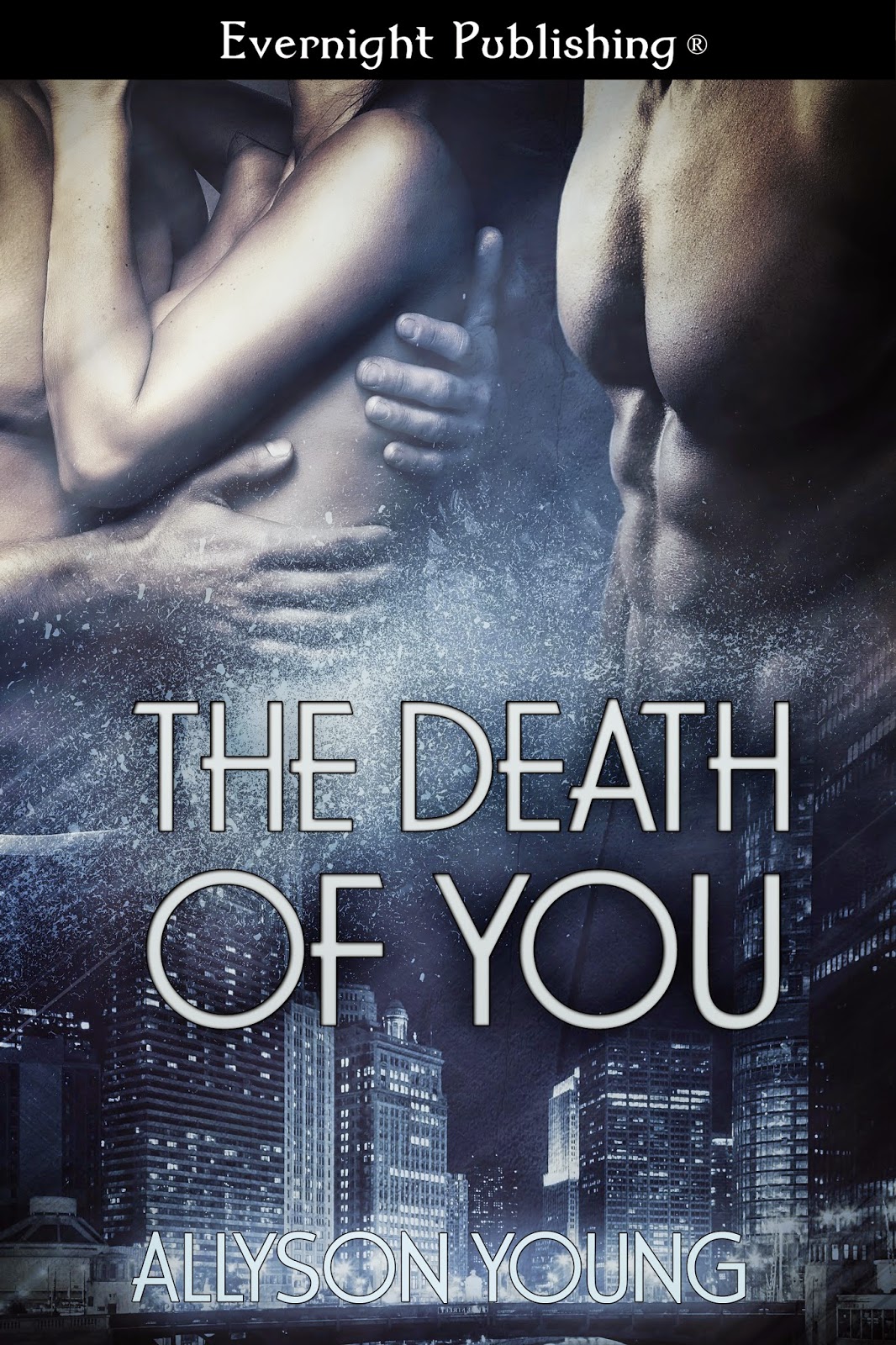 Rafe Mason and Connor Gillespie are accomplished Doms, ex-military men who are on the lookout for a submissive who will live with them in a permanent ménage. They set their sights on Maddy, and she finds herself fleeing two really good guys, because while she is incredibly drawn to Rafe and Connor, she will not risk bringing the kind of danger down upon them that she knows is stalking her.

The Doms persist and Maddy resists, until they kidnap her and coax out the truth. Can Rafe and Connor keep her safe? Or will she be the death of them?

Excerpt
Her scream echoing within the confines of the bedroom, Maddy Powell scrabbled amongst the linens, yanking them aside until she could reach the gauzy fabric of the nightgown covering her belly. Now fully awake she pressed her hand against the thin length of raised tissue throbbing with the prickling phantom pain that had catapulted her out of a fitful sleep. No telltale wetness or shards of agony resulted from her tender touch, and she fell back against the pillow, limp with vast relief. Just a flashback of being slashed, then. Not real. Slowing her breathing with every exhale, she rolled her head to check the clock. There was no point in trying to go back to sleep so she clambered off the mattress and headed for the bathroom to shower.

The steaming water rinsed off her favorite soap in bubbly rivulets that coursed over her bountiful curves, but the warmth didn’t prevent a shudder as details contained in the flashback coalesced—Ryker’s evil, curiously handsome features twisted with rage, the slash along the side of his face a seeping crimson streak that soured her stomach and made her falter…and the tables turned. With a gasp she reached to wrench the tap to cold for an instant, and the resulting deluge shocked her mind into neutral, erasing all the images.

Resting her forehead against the tiles, she focused on the night ahead. Club Vantage didn’t really get started until midnight on the weekends, and while she could have used some additional rest, the familiar curls of excitement soon overlaid the crash of adrenaline, building to warm her insides and pool between her legs. Time to choose an outfit and escape her past, even for a few hours. Maybe the Masters who occupied most of her waking thoughts would be there, and she could indulge in the fantasy that they were more to her than one scene. It was a dangerous fantasy, because she suspected they were indulging in the same wishful thinking, and that would never do. But a girl could always dream. Even a girl like her.