Release Blitz: Susceptible to Him by Lynn Burke 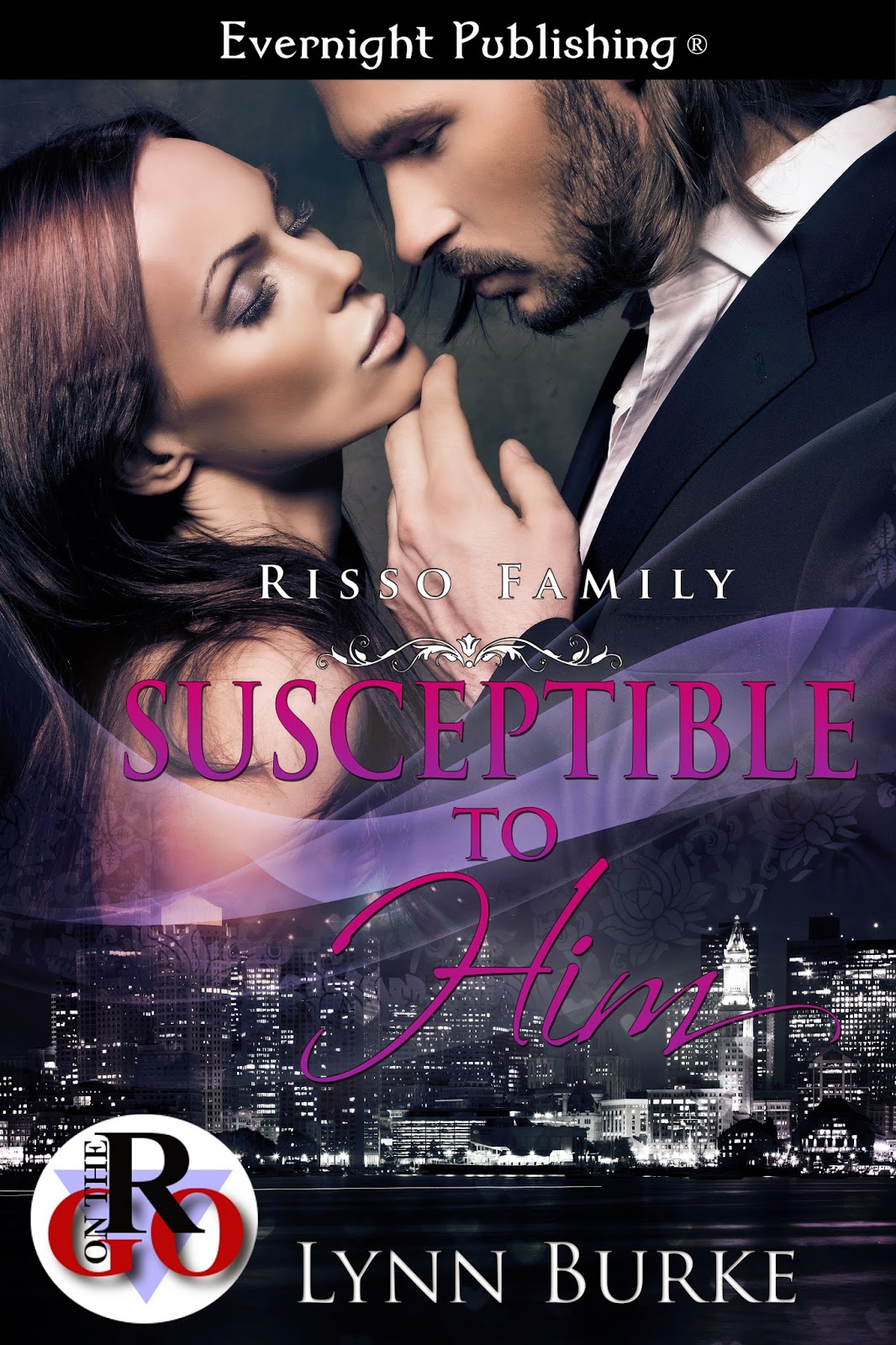 Blurb
Lia Risso walked in on her fiancé and three other women on Valentine’s Day. Two celibate years later, her roommate creates a profile for Lia on a dating website—without her knowledge—and sets up a date. On Valentine’s Day.
Ryan Walsh, a self-made millionaire and libertine, refuses to commit to any one woman. Tossed from foster home to foster home as a child, Ryan is on guard against becoming vulnerable ever again.
One dinner…one night of dancing and flirting with the attraction between them, puts both Lia and Ryan in danger of heart break.
They have a choice—open themselves to the possibility of hurt or walk away, never knowing what might have been.
Purchase Links
Evernight Publishing | ARe | BookStrand

Excerpt
My nerve endings stirred as the subtle scent of sandalwood wafted across the table time and again. What man used sandalwood-scented soap anymore? By the cut of his suit and the Rolex on his wrist, Ryan Walsh had money. And plenty of it. Why no expensive cologne? The chick-lure nectar of the gods his type bathed in?

He grinned again, and heat filled the empty place only Mr. Pink had seen or stroked in two years. Ryan’s attention drifted to my lips and lingered as our waiter took his time pouring our wine.
I forced myself to breathe as my treasonous nipples pebbled, begging for attention.

Damnation. I do not want this.

He was too friggin’ sexy for his own good. And by his suggestive grin and the twinkle in his eyes, he knew it too.

“Are you ready to order, Lia?” Ryan asked, his focus staying on my face instead of dipping downward like most men’s did.

Praying my voice didn’t betray my arousal, I turned my attention the waiter. “I’ll have the shrimp Fra Diavlo.”

Ryan spouted off a few words in Italian, never once breaking eye contact with me.

My lips twitched. Papa would be impressed.

When the waiter ambled away, a smile—a real smile, not the cocky, you-know-you-want-me ones he had offered until then—revealed straight, white teeth.  “So.”

His low voice caressed my ears, and I pressed my thighs together. Thank God I hadn’t shaved. No doubt he had little trouble getting women into his bed. Or their bed. Or against a wall.
Holy shit.

About Lynn Burke
Lynn Burke is a full time mother, voracious gardener, and scribbler of spicy romance stories. A country bumpkin turned Bay Stater, she enjoys her chowdah and Dunkin Donuts when not trying to escape the reality of city life.
Her current work, the Risso Family Novellas, revolves around four siblings from Boston’s North End.
Website:  http://www.authorlynnburke.com/
Facebook:  https://www.facebook.com/pages/Author-Lynn-Burke/555282497937461
Twitter:  https://twitter.com/AuthorLynnBurke
Goodreads:  https://www.goodreads.com/user/show/38758632-lynn-burke
Click on the image below to join Lynn Burke and nine other guest co-hosts for the Susceptible to Him release day party on Facebook!