Welcome to the 63rd week of My Sexy Saturday.
This week’s theme is another sexy moment. Like last week, you know what this blog is about and that everyone has their own idea of sexy. Again, not many prompts as authors know what another sexy moment is and how to get there.

No prompts, nothing to tell you what we think this means as we’d like you to show us what it means to you and your characters. After all, you are the ones that take us on many adventures into the world of romance. Give us the scenes that best show us your sexy characters and their sexy romance. Tell us the whole story on how they fell in love, what they do to stay in love and all the little details in between. Show us the good, the bad and the ugly as it’s those situations which pull us closer to those characters. 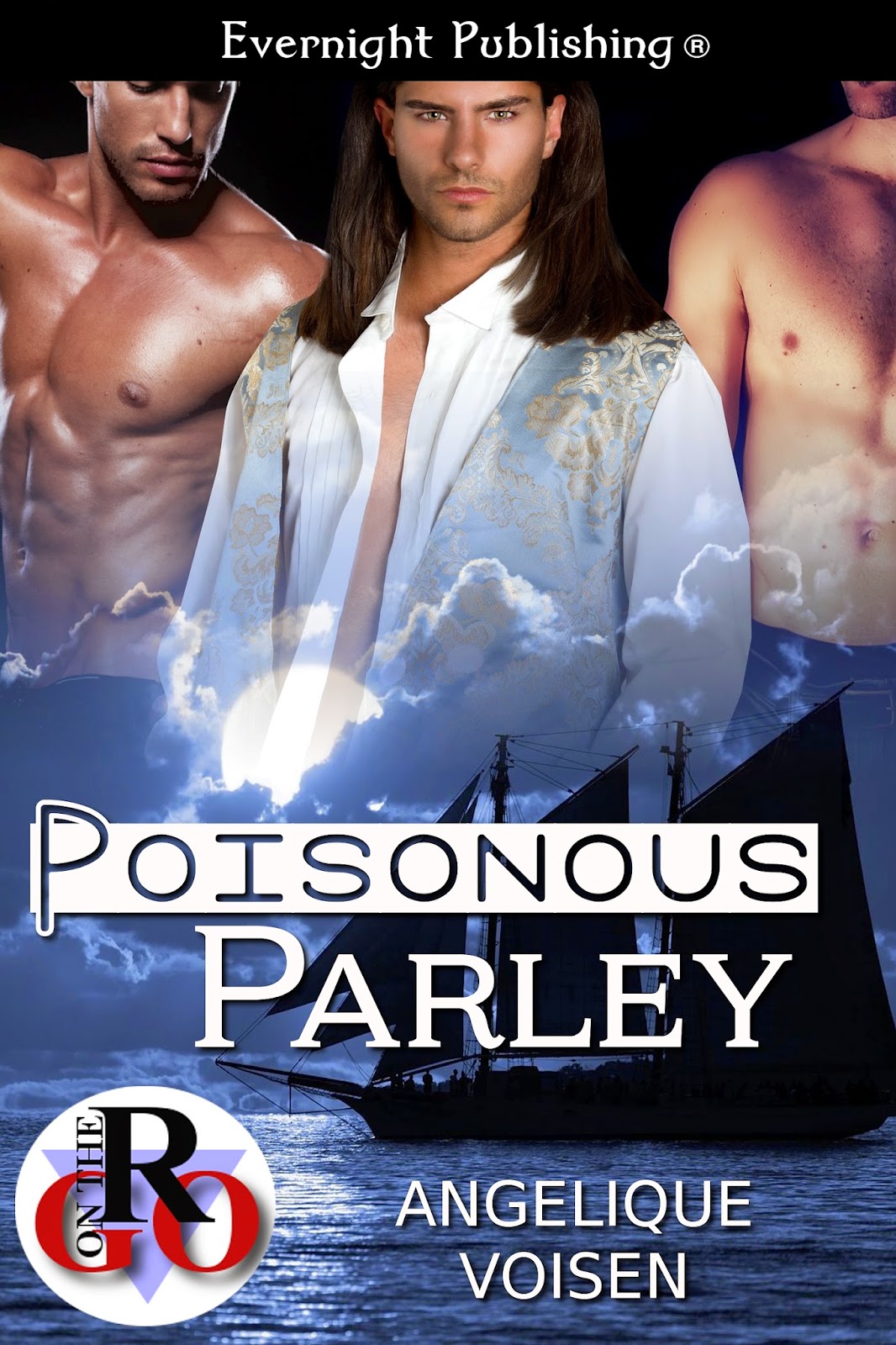 This week I'm sharing a snippet from my recent short story, Poisonous Parley, from Evernight Publishing.


“Adriel, have you thought about my proposal?” the pirate asked after a sufficient round of cuddling.

Adriel had been slightly distracted by the press of Lionel’s nose on the nape of his neck, but Dabnis’s question startled him. His heart lurched unexpectedly against his chest. The pirate’s proposal sounded surreal to him. In some ways, its allure called to him. Freedom would taste wonderful on his lips.

To be free of obligation and duty so he could sail on uncharted waters with two men who’d obviously wanted him. To taste the saltiness of the sea air every morning, and to wake up to an endless blue of sky and sea was something he didn’t know he badly wanted.
Blurb
The last thing Lord Adriel Claremont expects is being kidnapped by Dabnis, the most vicious pirate in the Domo Empire. It’s up to his well-paid werewolf bodyguard to track him down, but Adriel suspects Lionel would rather see him sold off to slavery or get eaten by sharks.

Lionel didn’t devote his entire life to be part of an elite brotherhood of werewolf mercenaries to baby sit a spoiled lord. Only profit moves him, but when Adriel goes missing, Lionel doesn’t understand why he’d do whatever it takes to retrieve his employer.

Don't forget to visit the other authors on this hop: