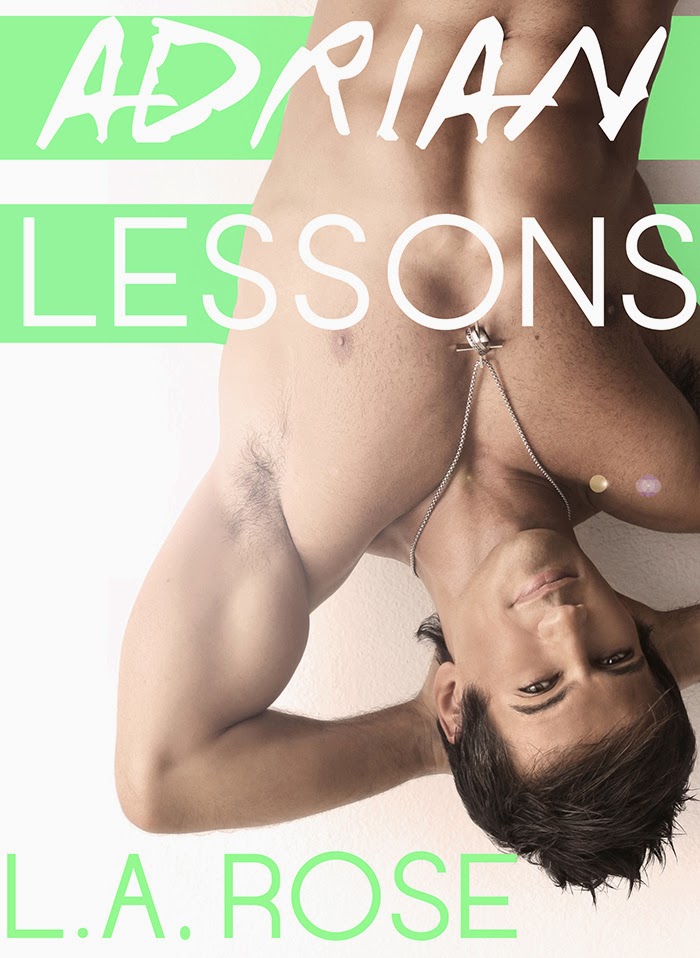 Blurb
If there’s one thing Cleo Reynolds knows, it’s that she’s not into Adrian King.

The son of a model with the looks to prove it, the experienced author of her school newspaper’s sex advice column, the cocky playboy with a hint of darkness. That Adrian King.

The problem is, he’s very into her.

After accidentally flashing him, and slightly-less-accidentally-but-still-totally-unintentionally making out with him in front of the whole class, she expects to be called crazy. Instead, he asks her out.

Cleo’s determined not to end up as another notch on his bedpost. Except she hasn’t done…you know…it in a while. (Read: ever.) And as a girl who pays her tuition by writing all the sex scenes in her roommate’s bestselling romance series, the lack of inspiration has served up a fat slice of writer’s block.

Until her roommate proposes that Cleo and Adrian act out all the steamy scenes in her book.

Excerpt
“Christ,” Adrian finally mutters after a good half minute of staring at my body. He runs his hand through his hair.

I’m not saying my grand plan is to make him so worked up he’ll have to satisfy me. And then I can move on with my life.

I’m not saying that’s my plan, but if it were, I’d be an evil genius.

“You too,” I smirk, trailing my fingers down my bare waist. “That shirt looks expensive. Wouldn’t want to mess it up.”

Not taking his eyes from me, he pulls his shirt off, back over front in that casual way boys have. I gasp. Doves zoom overhead, sprinkling golden confetti. A chorus of angels sing. Okay, not all that actually happens, but it’s the first time I’ve seen him shirtless.

And that chest deserves some fanfare.

His torso is tan, lithe and strong, the hard contours of a six-pack-verging-on-eight-pack begging to be licked. Every ounce of him is sculpted, refined. Just looking at him floods my abdomen with tension. There’s a swirling tattoo on the left side of his ribs, but I’m too busy thinking about how I want to mount his torso on my mantelpiece like a serial killer to dwell on it.

My roommate looks between us, her eyes narrowed. “You two seem to be getting along much better today.”

If by ‘getting along’ she means ‘staring at each other with enough sexual tension to hoist the Titanic from the bottom of the sea’ then yes.

“Remember, guys,” she says. “Last time was more about the romance between the characters. Their first kiss. This is purely sexual.”

At the words ‘purely sexual’, a shiver grips my spine. I think Adrian might be similarly affected, because he hardens all over. And I mean all over.

Author Bio
L.A Rose recently made it out of college alive and with an English degree. She's a habitual beach bum and a not-exactly-recovered romance addict. She's also plucked up the courage to become an indie author! ADRIAN LESSONS, a New Adult contemporary romance to be released on August 25th, is her first book - if you don't count the ones she wrote before she finally came up with something publishable. (She prefers not to.)