Today, I'm pleased to welcome Author Kat Jameson. Welcome, Kat! Thank you for stopping by and sharing with us why writing sex scenes is hard, and about your recent release, Boundless.

Being repetitive or mechanical is the arch enemy of the erotica writer. In real life, sex is repetitive oftentimes and that's okay, in life, but no one wants to read multiple pages of the same exact motion. So you have to keep things moving, try to mix it up, but then again, you don't want to go so far as to make it sound ridiculous--unless ridiculous is what you're going for.

But beyond just the repetitive acts, there's word choices. After all, there are really only so many words for various things--acts, body parts, accessories--until you just start getting bizarre. Again, unless bizarre is what you're going for!


Passive language is often the enemy to writing, but more so in these scenes. Never "he was taking her" but "he took her." Be active. Be energetic. (These things apply in writing and in life, really.)

So how do you write good sex scenes? Keep the scenes active as well as the writing there in active and flowing. When you re-read it (because you're an author, so you're due to read it over and over), see if you can look at it from the outside: do you feel what the characters are feeling, or does it read like a how-to manual? Do you enjoy what you just wrote? Does it seem ridiculous or bizarre?

...right, unless that's what you're going for! 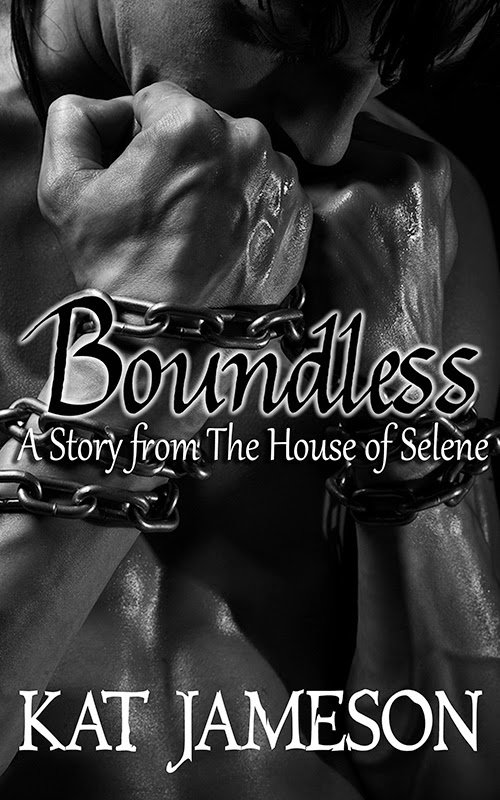 When her lover, Cameron Dreyer--wholly human, submissive, and unaware of
the preternatural world--left her life four years ago, she never
expected to see him again. And she certainly never expected to see him
at the House of Selene, but she did.

Cameron Dreyer. Now a vampire, and susceptible to Leta's necromancer
powers in the most delicious D/s combination ever.

But this is not the simple, joyful, sexual reunion it seems to be. They
both have secrets now. Secrets that are not going to be kind to
themselves or each other when they are forced to come to light.

Excerpt
Nikoleta strolled through the main room of the House of Selene, the click of her heels unconsciously in time with the screams of ecstasy from the back rooms and the echoing cracks of leather or wood against bare skin. She saw many familiar faces and a few new ones. Some of the latter looked like they were settling in well, while others looked very uncertain. She knew from experience that one night would separate the uncertain ones into the naturals and the runners, and the latter would never come back again.

A few of the faces were covered with masks of glossy black, but she recognized some of those bulging cleavages and bare chests. She waved and they waved back, if they weren't otherwise engaged.

Coming up to the bar, she saw Carpet Boy in his usual spot. Jeffrey didn't like people to address him directly when he was doing his thing and she respected that, so she just stepped on him with the toes of her high heeled shoes and leaned against the bar, even though she didn't need to flash her cleavage to show people who she was. She just liked doing it.

"May I have a glass of Merlot, please?" she asked the bartender with a small smile, leaning her weight a little onto her right foot. She heard Jeffrey's pleased groan beneath her.

The bartender set the glass down in front of her. His eyes drifted momentarily to the smooth curves coming up over the edge of her corset, but his gaze didn't linger. He was used to the flesh parade. He poured. Dark liquid sloshed around the inside of the glass as she lifted it and took a long sip, letting the heavy, fruity flavor fill her mouth before swallowing. Licking her lips, she set it back down. If she wasn't careful, it would get ahead of her.

A man came up to the bar beside her. Jeffrey's low moan let her know and she turned to see one of the familiar faces. She smiled at Richard, who demanded that he was never called Dick, as he stood on Jeffrey's legs. Sally stood behind him, a delicate chain attaching her black leather collar to the handle Richard carried. She stood obediently, two steps back with her hands laced behind her neck and long-lashed eyes averted.

"Hello, Richard," Leta greeted with a small bow of her head. Glancing at Sally, she added, "How's the new one working out?"

"Good," he replied after ordering a Whiskey Sour. He looked at Sally. "You may greet Nikoleta. She's a friend of ours."

Sally's blue eyes flickered up briefly from between her curtain of blonde hair before dipping down passively again. "It is an honor to meet you, Mistress Nikoleta."

Leta was impressed. His last girl had been the rebellious sort; the type who seemed to only want the role of slave so they could rebel against it. For them, it wasn't truly about the need to give up control, but about struggling for power, wanting to play at submitting while being in control instead. She hadn't lasted long. Sally seemed far better suited to Richard's tastes.

"Good to meet you as well. You appear to serve your master well," Leta complimented the girl.

"Thank you, Mistress." She said nothing else.

The conversation shifted back to Richard and Leta. Jeffrey squirmed and moaned happily beneath their feet. "Are you here to see old friends, or do you plan to take a playmate this time?" Richard asked, draining half his drink as soon as it was in his hand.

Leta smiled. "I will do as I like," she said. He liked to press his views onto others a little too much for her tastes and she believed it never hurt to remind him of it.

He appeared to acknowledge as much. "Fair enough, Leta," he chuckled. "I hope that you enjoy yourself tonight. It's been too long for you." He held up his hand to forestall any further declaration of her independence. "You are always welcome to join Sally and I. She needs a little more time with women anyways."

"I'll keep that in mind." Leta waved at him as he led his pretty slave deeper into the crowds. It wouldn't be long, she gathered, before those two found a more private spot for some...hands-on training.

Author Bio
Kat Jameson has been having just plain wicked thoughts for
about as long as she’s been writing, so it seemed like a very natural
progression that the two would end up together. She is a woman who seems
perfectly average on the outside, but believes in a great capacity for
the power of love and the joy of sex and thinks constraints should be
put on neither so long as everyone involved is happy. So that’s what she
writes about.