I’d like to thank Author Pippa Jay for hosting me on her blog on Tuesday, 10 June 2014. You can read the post HERE.  I also like to thank all those who’ve participated in the Rafflecopter giveaway. I’ve just sent the winner a copy of my book. 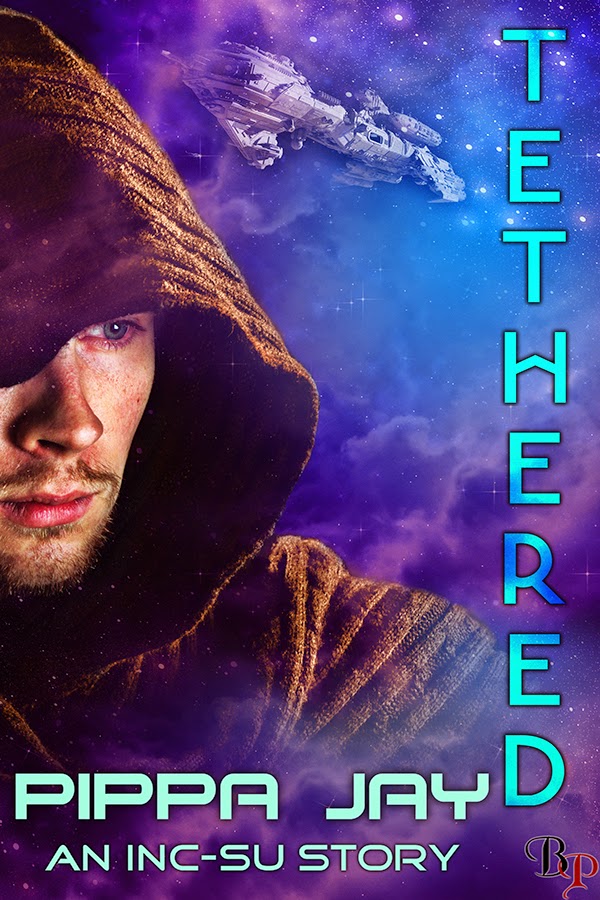 Blurb:
She can kill with a kiss. But can assassin Tyree also heal one man's grief, and bring peace to a galaxy threatened by war?
For Tyree of the Su, being an assassin isn’t simply something she was trained for. It's the sole reason for her existence. A genetically enhanced clone—one of many in Refuge—she's about to learn her secluded lifestyle, and that of all her kind, is under threat by a race capable of neutralizing their special talents to leave them defenseless.


For Zander D'joren, being a diplomat has not only cost him his appearance, but also the love of his life. Scarred, grieving, he must nonetheless continue in his role as co-delegate to the fearsome Tier-vane or risk a conflict that could only end one way.
Now both of them need to keep each other alive and maintain a perilous deception long enough to renegotiate the treaty with the Tier-vane, or throw their people into a war that could wipe out Terrans and Inc-Su alike. But there's more at stake than humanity, whether true or modified. Can the love growing between them save them both? Or merely hasten their destruction?

A science fiction romance novella, coming from Breathless Press 25th July.
Add it to your Goodreads shelf HERE.
Sign up to my no-spam newsletter HERE to get early sneak peeks at covers, and news of the latest releases, giveaways and contest.

Excerpt:
A thrill of excitement shivered down her spine as she backed away a few steps with Zander following. He shrugged off his formal outer robes, and for the first time she could appreciate the broad expanse of his chest, the close-fitting fabric stretched over well-defined muscles. It appeared he hadn't allowed his physique to slacken, despite leaving the Galactic Commission.

"Are you ready?" she asked.

Zander spread his hands in an open gesture to say that he was.

So why is he just standing there like a defunct Manikin instead of poised to fight?

Tyree took her combat position and Zander matched her, just as the Manikin had done. She'd never fought a human in combat practice before. This should be interesting.

She sprang forward and aimed two rapid punches at his face. Zander evaded both with a speed and grace totally out of proportion to his bulk. Her third he blocked with little effort, and she stepped back to reassess her strategy. But only for an instant.

A quick step forward and she lashed upward with her foot, snapping his head back. Zander staggered but didn't fall. Her second kick failed as he grabbed her ankle and jerked her off balance. She twisted as she dropped and caught him hard in the knee. Zander collapsed. Both rolled aside, and then jumped up to face each other again.

Tyree bit back a laugh as they exchanged blows, each faster than the last. Zander blocked or evaded most, but not all. His skill almost matched hers, yet his defenses were just a fraction too slow. Each move she made tested his reach, his reflexes and his stamina until she could sense him struggling a little.

Time for the kill.

She floored him with a kick to the chest, the full weight of her augmented density behind it, but as she moved in to finish the fight he dove into her. Tyree landed on her back hard enough to drive the breath from her lungs.

Zander had her pinned to the ground. She bucked but couldn't shift him. The triumphant smile on his face sent rage blazing through her gut. With hardly a whisper, she Misted out and went through him. Golden warmth filled her for a second before she pulled free. Zander pushed to his feet and spun to meet her, but she cranked up her molecular density and punched him hard in the chest. He collapsed, gasping and coughing. In one fluid movement she sat astride him at full density, and the air whumphed out of his lungs. She pinioned his arms with her hands, her face hovering mere centimeters above his.

As her breathing slowed to normal, a huge grin split her face. She'd made a vow to herself to jump him, and she'd done it. Perhaps it was childish, but it warmed her heart.

"You're not so bad yourself," she complimented him. He'd fought well, but perhaps not quite with the determination—and certainly not the desperation—of most opponents she'd faced. "For a human."

"Thank you. Perhaps we could try this again tomorrow?"

Tyree laughed. As much as he could irritate the hell out of her, he was equally amusing. "If you want to spend most of your morning on the floor..."

He gazed up at her with that easy smile, making no effort to struggle. Most humans, without the influence of her pheromones and the distraction of her naked body writhing above theirs, would not have been so trusting. So compliant. She found herself staring at his mouth. What would it be like to kiss him, without the use of her talents? Would it be as satisfying? As sensual? The warmth of him, the firmness of his body beneath hers, sent heat spiraling through her abdomen.

"Perhaps you could let me up now?" His words jerked her from such musings. What the hell was she thinking?

Bio:
After spending twelve years working as an Analytical Chemist in a Metals and Minerals laboratory, Pippa Jay is now a stay-at-home mum who writes scifi and the supernatural. Somewhere along the way a touch of romance crept into her work and refused to leave. In between torturing her plethora of characters, she spends the odd free moment playing guitar very badly, punishing herself with freestyle street dance, and studying the Dark Side of the Force. Although happily settled in the historical town of Colchester in the UK with her husband of 21 years and three little monsters, she continues to roam the rest of the Universe in her head.

Pippa Jay is a dedicated member of the Science Fiction Romance Brigade, blogging at Spacefreighters Lounge, Adventures in Scifi, and Romancing the Genres. Her works include a YA science fiction novel—Gethyon—published through BURST (Champagne Books), two self-published short stories (Terms & Conditions Apply and The Bones of the Sea), and she's one of eight authors included in a science fiction romance anthology—Tales from the SFR Brigade. She's also a double SFR Galaxy Award winner, been a finalist in the Heart of Denver RWA Aspen Gold Contest (3rd place), and the GCC RWA Silken Sands Star Awards (2nd place).

You can stalk her at her website http://pippajay.co.uk, or at her blog http://pippajay.blogspot.co.uk, but without doubt her favorite place to hang around and chat is on Twitter as @pippajaygreen.
Labels: author spotlight, cover reveal, pippa jay, romance, sci-fi, tethered
Newer Post Older Post